This is a supplement to the information found in the Kermit Protocol Manual (1986) and the book Kermit, a File Transfer Protocol (1987). Both of those documents were written in the pre-WWW days in a markup language called Scribe that no longer exists and therefore those sources can't be easily updated. This page does not explain the Kermit protocol, only what is in the packets. 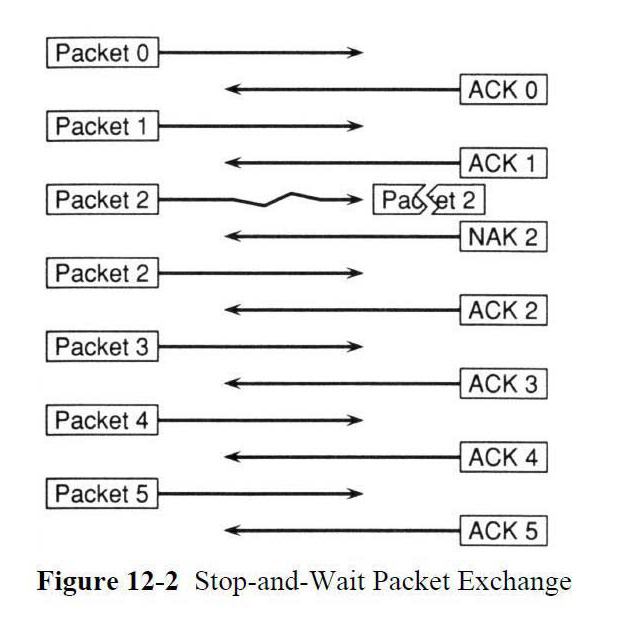 Over the decades many backwards-compatible improvements have been made to the Kermit file transfer protocol, and these resulted in a variety of new packet formats, types, and contents. Until now this information was never collected into a single reference.

Kermit file transfers occur when two Kermit programs — the file sender and the file receiver — exchange a well-defined sequence of packets. The file sender initiates the transfer by sending a packet to the file receiver. The receiver sends a short acknowledgement packet back (or in case the packet was damaged in transit, a negative acknowledgement). The process repeats until the the task is done. There can also be a client/server relationship, in which the client sends not only files to the server, but also commands (for example, to "get" a file or other information from the server or perform file-management tasks in the server's file system). 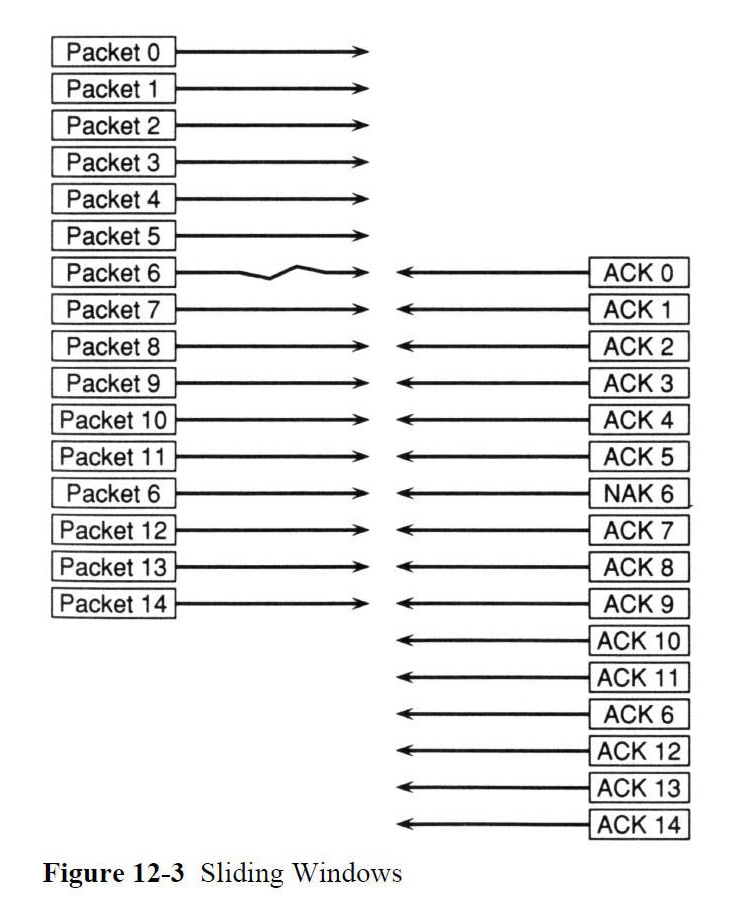 Kermit protocol was designed in 1981 to accommodate a variety of platforms and communication methods and hosts that were sensitive to long bursts of input, control characters, and/or 8-bit characters (bytes with their high-order bit set to 1). Thus the default mode of operation is, and must remain, to exchange short packets that consist of only printable ASCII characters — lines of text — with each packet acknowledged before the next one can be sent. That's the lowest common denominator.

The use of longer packets, sliding windows (right), streaming, compression, transmission of bare control or 8-bit characters, and all the other performance improvements made since the original protocol — which was designed to interoperate among IBM mainframes, the DECSYSTEM-20 mainframe, and 8-bit CP/M microcomputers — can be used only if negotiated.

All numbers used in this document are decimal (base 10). All characters used in Kermit packets to implement the protocol are 7-bit ASCII printable characters (strictly speaking, the Mark and End control characters are outside the packet). Of course any kind of data — binary, 8-bit, text in any language (e.g. Japanese) — can be included in the packet Data field but it is almost always encoded to some degree for transparency and/or efficiency using methods described in this document such as single and locking shifts.

The maximum length for a basic Kermit packet (not counting Mark and End, which are outside the packet) is 96, so the maximum length of the Data field is 92 to 94, depending on the type of block check. This is the basic and required packet format for all implementations of the Kermit protocol. In the Data field, "sensitive" items such control characters are encoded printably, for example #M#J is Control-M followed by Control-J, i.e. carriage return and linefeed.

For increased efficiency and reliability an optional format allows packets up to about 9K long. A long packet has a blank Len field (blank = space = ASCII 32 - 32 = 0). This tells the receiver to take the length from the two bytes after the Type field.

Like the basic packet format except Len is blank (Space, ASCII character 32), an impossible value for a basic-format packet, which denotes this as a "long packet" with its length appearing after the Type and before Data field:

If long packets are negotiated, any packet can be sent in either short or long format, since the Len field always identifies the format.

The packet block check comes after the Data field and before the End character. It can be one, two, or three bytes long. All Kermit implementations are required to support the single-byte block check. The others are optional and used only if negotiated. The S-Packet and I-packet if any and their ACKs always use the 1-byte block check, and the the protocol switches to the negotiated type for subsequent packets.

For all packets, the Packet checksum is based on the sum, s, of the ASCII numeric code values of all the bytes in the packet starting with the Len field up to the last byte of the Data field. The Header checksum (used only in long packets) is based on the arithmetic sum, s, of the code values of Len, Seq, Type, MaxLx1, and MaxLx2. In both cases the single-byte 6-bit block check is calculated by this formula:

where '&' is the bitwise logical AND operator. In long packets, the header checksum is always Type 1. * Explained here.

The 2-byte block check is the low-order 12 bits of the sum of all the characters divided into two bytes, each made printable by tochar(). It is 64 times stronger than type 1.

The two-byte "blank-free" 12-bit block check, for use on communication paths (such as IBM 370 protocol converters) that discard trailing blanks, is the same, but if a result byte is blank (ASCII 32), it is converted to '!' (ASCII 33).

The 3-byte block check is the international standard CRC-16-CCITT cyclic redundancy check (as used in X.25) encoded as three printable characters. It detects all single- and double-bit errors, all messages with an odd number of bits in error, all error bursts shorter than 16 bits, and over 99.99% of longer error bursts.

The original protocol had only one kind of block check so its location and length were always known. When higher-order block checks were introduced some years later a minor weakness was that you could no longer tell by looking at a packet where the block check started or how long it was. Kermit programs that support the newer block checks have to rely on the state established by the negotiations at the beginning of the transfer: the length of the Data field is indicated in the packet, so the block check is the final 1, 2, or 3 characters depending on the block-check type previously negotiated. If the block check were clearly marked in the packet itself, then every packet would be "self-parsing" and could have any kind of block check. In 40 years of practice, however, no ill effects have been noted with over 300 different versions of Kermit created in nearly 40 different programming languages (see list).

A normal file transfer begins when the file sender sends an 'S' (Send-init) packet to the file receiver. The S-packet Data field contains a number of parameters encoded as printable characters. The file receiver, if it received the S-packet successfuly, responds with an Acknowledgment (ACK) packet of type Y (for Yes) containing its own parameters. The same applies client-server transactions, which begin with an I-packet.

The parameters are encoded in various ways, some of which are not comprehensible by the human reader. In retrospect, a better design might have conveyed parameters in tag=value format but in the early 1980s bandwidth was extremely limited (imagine transferring even a modest-size a file over a noisy 300 bit-per-second dialup modem connection, which was the norm 1n 1981, the year Kermit was born).

The Data field of the S-packet, I-packet, and their ACKs can contain the following fields (where "I" am the file sender and "you" are the receiver):

Clearly, the initialization string must be at least 12 characters long in order for long packets to be used; long packets are documented in the Kermit Protocol Manual and in Chapter 12 of the Kermit book.

Conceivably a SYSID could be longer than 2 characters, but the great proliferation of computer system types in the 1980s has dwindled now down to just Windows, macOS, and Unix. System IDs are also listed in Kermit book Chapter 12.

A series of bytes starting at position 10 of the data field of an S or I packet or its Ack, in this format: where: Capabilities: Although the capabilites mask was designed to be extensible, it has never been extended, and it can be safely assumed that, if present, it is always one byte long and Z is always zero.

Here's a C-Kermit S-packet that includes all the fields that have been defined:

Here's an ACK to C-Kermit's S-packet from a bare-bones Kermit implementation:

Since fields 10-21 are not present, the capabilities and features they represent are not used. This allows the newest and most advanced Kermit implementation to interoperate with oldest and least capable one, provided it follows the rules.

After the S-packet is sent and ack'd, the next packet sent by the file sender is the File header, packet type F, which simply contains the name of the file that is about to arrive. There is exactly one F-packet for each file, which abides by the parameters that have been agreed upon in the negotiation phase: prefixing, maximum length, etc. The ACK to the F-packet may, but need not, contain the name or the full path of the file on the receiving computer.

In retrospect, it would have been better to allow multiple F packets for a file whose name is longer than the negotiated maximum length; these would work just like Data packets, but there would also need to be some kind of "end of filename" signal. Another shortcoming is that there is no way to identify the character encoding of the filename because A packets come after the F packet.

Another issue with F-packets is that the receiver has no way of knowing the filename's character-set. For example, it might be German "Grüße" in UTF-8 or ISO-8859-1, or even some proprietary character set the receiver never heard of. Until such time (if ever) as the protocol is improved to handle these issues, the best policy is to keep filenames shorter than about 80 characters, spell them with ASCII letters and digits and a few other characters like "-" (hyphen), "_" (underscore), and of course "." (period); almost anything else can cause confusion or conflict. And avoid including spaces in filenames even if it's legal. And for that matter don't assume that capital and small letters are equivalent in filenames; they are in some operating systems but not others.

One or more File Attribute packets, packet type A, may follow the F packet if the A-packet capability has been agreed upon in the negotiation phase. A-packets contain information about the file. The attribute codes are printable ASCII characters; for details about each attribute see Transmitted File Attributes in the Kermit Protocol Manual; many of these are no longer relevant to today's computer operating and file systems.

Here's the same packet with each field separated by spaces for easier reading:

Kermit protocol specializes in transferring files between unlike computer platforms and therefore must often convert platform-specific or proprietary text character encodings to standard ones "on the wire". Here, for example, are the character sets used on the file systems where C-Kermit can be built (Unix, VMS, Windows, AOS/VS, VOS, OS-9, etc etc): See this table for details. And here are the transfer character sets, the ones used on the wire:
The table lists the character sets used by Kermit for transfer of text text files; the Code column shows the codes (derived from the corresponding ISO registration number) used in Kermit protocol to identify each set. These are all national or international standards so that text can be exchanged between computers that use different (and sometimes unique and proprietary) text character sets, without Kermit software having to know the details of file systems of platforms other than its own. It's the responsibility of each Kermit partner to convert proprietary or nonstandard encodings (like IBM code pages, DOS code pages, Windows code pages, DEC multinational, USSR Short KOI, etc) into the appropriate standard set from the list.

Kermit's text-character conversion features were designed and implemented before Unicode appeared. If Kermit had come later we might have used UTF-8 as the the one-and-only transfer character set. But as matters stand, there are still a lot old Kermit implementations out there, and if we did that now they couldn't transfer files with modern Kermits.